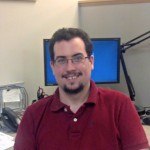 Mike Driscoll is a Records Clerk and a Valcour CAD/RMS™ Trainer at Burlington, VT Police Department.

Q What’s your experience with NIBRS before Valcour CAD/RMS™?

A My background in NIBRS had been limited to my experiences in our older CAD/RMS system. From the experience I do have in both, Valcour CAD/RMS™ has proven to be a much more user-friendly and intuitive system. I am also getting similar feedback from users of other CAD/RMS systems in Vermont.

A Whereas other NIBRS systems use the FBI error code language which can be described as “vague” at best, Valcour CAD/RMS™ tells you where the problem is and gives possible steps to fix it, making the user feel like an expert even on their first run! Personally, NIBRS has gone from one of the scariest parts of my job to one of the most straightforward thanks to all of the work CrossWind has put into the NIBRS portion of Valcour CAD/RMS™.

Q Do you have any general comments on usage of Valcour CAD/RMS™ for NIBRS in particular and Records in general?

A I have to say that CrossWind has been one of the most responsive vendors I have ever worked with, and I put 100% faith in the fact that even if Valcour CAD/RMS™ is not working the way we want it to at a particular moment, they will make it so in as timely a fashion as possible. Valcour CAD/RMS™ is already miles ahead of any other CAD/RMS I’ve worked with, and with time I think that gap will be insurmountable.

Q How did NIBRS training go with the other 8 agencies you are mentoring in Vermont? Did it take much time to train NIBRS personnel?

A We were training long time veteran Records staff from throughout the state, so the session was more like a group brainstorming session than a traditional training class. Because of the ease of use of Valcour CAD/RMS™ NIBRS, we spent most of our time troubleshooting tricky hypothetical scenarios, in which everyone gave and received a lot of great feedback. I am looking forward to training individuals completely new to NIBRS in the future!

Q How is the mentoring process going? Are the other agencies able to come up to speed with NIBRS in a timely fashion?

A Overall, I have not had much to do other than the occasional email or phone call to clarify a particularly troublesome error. Valcour CAD/RMS™ NIBRS is so self-explanatory that the experienced Records Clerks I have been working with have had very few problems they can’t solve on their own. With the addition of a NIBRS FAQ into Valcour CAD/RMS™ Help, I think the vast majority of these questions will be covered by the FAQ and save everyone time going forward.